Navalnism. How the Russian “opposition” media successfully deceives the world

In the spring I wanted to write about “opposition” Russian mass media, but earlier I lacked evidence to justify my position. And so on September 10, Meduza publishes a tweet about their article, where they criticize Putin. But not because of his bloodthirsty desire to destroy Ukrainians, but on the contrary! They are unhappy that he does not prioritize well and deals with various household matters while the Russian army loses captured territories in Ukraine. Realize this – the Russian opposition media does not want to lose someone else’s occupied territory and is dissatisfied with the dictator, who is not doing his job well in carrying out the genocide of Ukrainians. This is very important, because in Ukraine and the world many people and politicians believe that there are “good Russians” (especially among journalists). I’ll admit there are a few people who really are, but it’s within statistical margin of error. What actually happens?

Russian media mysteriously used to have authority in the world. This is completely incomprehensible to me, because Russia was a democratic state for only 9 years – from 1991 to 2000. Their journalism in the 90s was created by former propagandists of the USSR, who simply adapted their disgusting practices under new symbols and names. Yes, there was some training and sharing of experience with foreign colleagues, but it can be compared to if the slaves and their overseers united after the liquidation of their master. What kind of product can they create? Ukraine, on the other hand, had a powerful clandestine publishing of pro-Ukrainian books and newspapers, and the diaspora and its specialists, who had a high-quality Western education, also benefited greatly. But in a strange way, it was the Russians in the post-Soviet space who began to be considered as professionals, and the rest of the neighboring countries began to imitate them, take their product and invite former propagandists to tell them how modern media should be done. Absurd, isn’t it? When Putin came to power in Russia in 2000, their journalists completely returned to what they did in the USSR – propaganda.

The gap between Ukrainian media and journalists and their Russian colleagues became noticeable after the first revolution in 2004, but the field was closely intertwined and no one was ready for a radical severance of ties. After the 2013-2014 revolution and the war that began then, it became obvious that our paths diverged. Russia was rapidly losing media influence, but it still had some significant resources left before a full-scale invasion in February. This finally put an end to the Russian media in Ukraine, and other countries also began the process of cleaning up Russian propaganda channels. Therefore, they are desperately trying to save their reputation, but in this sense, private companies have more chances. They switched from neutrality to open opposition, but this is the problem – this opposition is an illusion. Russian opposition politicians and media are only this way about Putin, but their views also imperialistic and imbued with rashism.

The articles about the war in the Russian “opposition” media are strange. I’ve seen some stuff from Medusa, Holod, and a few other lesser known media outlets and they always insert elements into these stories that make it look like there are good guys among the Russian soldiers who give candy to kids or help prisoners by giving better conditions or advice. That is, it is a deliberate display of the “humanity” of the Russian army. And they are presented as victims who were forced to kill, steal, rape… We know very well that thefts and rapes were not committed at gunpoint, but of their own free will. Also, soldiers have a choice – to shoot into the lethal zone or to let the person survive. I am interested in how Russian journalists explain the cutting off of genitals, heads, limbs… I have not seen such materials, but I suspect that someone is trying to whitewash even such terrible things. They mention that their soldiers did some bad things, but mostly without specifics and very briefly. At the same time, journalists describe the soldiers’ absurd appeals to Ukrainians, where Russian propaganda theses are used. A foreign reader may think that this is true, because the journalists do not in any way make it clear that the statements of their “compatriots” are false. And it is also strange that the stories of the victims in the Russian media are never duplicated in the Ukrainian media. How can it be that these people told about their experiences only to Russian journalists? They have just such a phrase “A byl li malchik?” (in sense “Are you sure it really happened?”). It would be a big risk to make such falsifications, but I can’t find a logical explanation… If the Ukrainian media wanted to hide those minor positive actions of the Russian soldiers, they would have done it by publishing the rest of the story. I do not believe that people near Kyiv are ready to tell about their experiences to Russian journalists from media they are hearing about for the first time and not to say the same to the conditional TSN, Ukrainska Pravda, Suspilne(UA꞉PBC)… I hope that some fact-checkers are monitoring this and if there is deception, they will expose it.

Another thing is how we should treat all this? It is necessary to understand that the Russians are trying to save their face, which is covered in shit and blood. Did those who created the position “everything is not clear” suddenly remember the standards and values ​​of the profession? There was a kind of conveyor belt of investigations, eyewitness stories… They want to show that they are professionals and know how to work normally. This is clearly visible in this publication https://t.me/kolezev/11207 about the exposure of Venediktova’s mistake regarding the identification of a soldier who committed crimes in Ukraine. This is presented as an outstanding achievement worthy of a professional award. It is clear that they are driven by the desire to save their careers, but at the same time they act in the interests of Russia. When there is international condemnation, you can point to such articles and declare that not all Russians are bad. Unfortunately, it often works because foreigners are too lazy to inquire about the past of these journalists. The story with Ovsyannikova is a vivid example. If the propagandist managed to convince many people of her honesty, neutral journalists have even better chances. Foreigners will say that some Russian mass media are covering the truth. But their “truth” is not the same as the Ukrainians and the whole civilized world see it… I would call it navalnism (by Navalny lastname) – to condemn the war, but to say that we will not give up Crimea. And I saw it in practice in one of the materials where Kyiv was called a completely Russian-speaking city (this is a lie). Among Russians, Kharkiv, Odesa, Kherson and other eastern and southern cities are perceived as a light version of Russia. Journalists of these supposedly opposition media live in the same environment as the rest of Russians, so they think similarly about many things. Some Ukrainians and foreigners think that if the Russians wrote an article admitting the crimes of their army, they automatically understand everything, but this is not so. This is a very gross mistake. Confession of war crimes does not = support for Ukraine. Many of them simply believe that it was not necessary to start a war and that’s it. In their view, Odesa is a Russian city, and Kyiv is the mother of Russian cities. If these views can change, then it won’t happen soon. Most likely, it will take several generations. The process has started, but it sometimes looks comical and scary. For example, there is a video of a Russian woman who addresses her people and saying that she was in shock because she recently learned that Ukrainians have their own ancient culture. It seems to be positive for us, but in 2022, a person did not know anything about the existence of the culture of the neighboring nation. She lived for about 40 years and all this time she thought that Ukrainians were Russians, who were artificially separated from Moscow by some bad mens from the USA and the Ukrainian language was created artificially, etc. And many Russians, including journalists, think so.

We should have no illusions about them, because journalists are part of society. And the vast majority of Russian society loves Putin and supports the war. They may not like the Yedinaya Rossiya party or corruption, but they are united in their hatred of Ukrainians. In order to survive, they hide it, create a pseudo-oppositional image and it works. It is enough for a Russian journalist to say the forbidden word “war” and he walks like a proud turkey, and many people praise him for his courage. Ukrainian journalists risk their lives, and some have already lost them, all for the sake of truth and high values. But they get nothing in return. For example, recently the Russian journalist Yevgenia Albats ran away to USA and will teach at a university in New York. The USA supports Ukraine, but a Russian woman with fake opposition will tell their students about Eastern Europe. Does anyone believe that she will tell the truth, and not Russian imperialist theses? As I wrote above, these people have been creating propaganda (governmental or opposition, but both are rashistic) almost all their lives and do not know the true things about Ukraine. Many such “good Russians” have found excellent jobs in the West, and foreigners admire them. Why? Becouse after branding every news item with a mandatory inscription, they write a few words that had no effect? They once went to a protest and were fined? Have you seen the Ukrainian revolutions and the people who died there? The Russians did almost nothing and even in a large group they run away from one policeman with a rubber stick. At that time, during the revolutions, Ukrainians went against machine guns and snipers, and during the war against tanks. And our journalists wrote the truth then, 8 years ago and now, but no one invites them to teach at American universities. What’s wrong with you foreigners?

So what we can do with this? Russia and its population must be outcasts even many years after the end of the war. Their society needs purification and this process will not be effective without coercion. And Russian journalists need to dig into their dirty laundry, reveal deceptions and mistakes, rethink their place in the world… And only then will there be objective and high-quality journalism that can command respect. 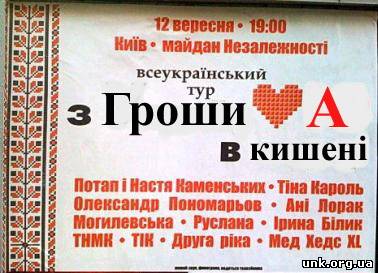 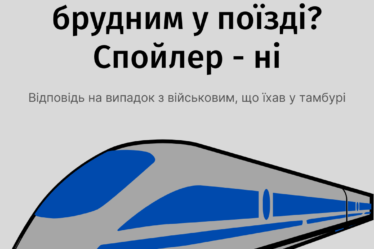 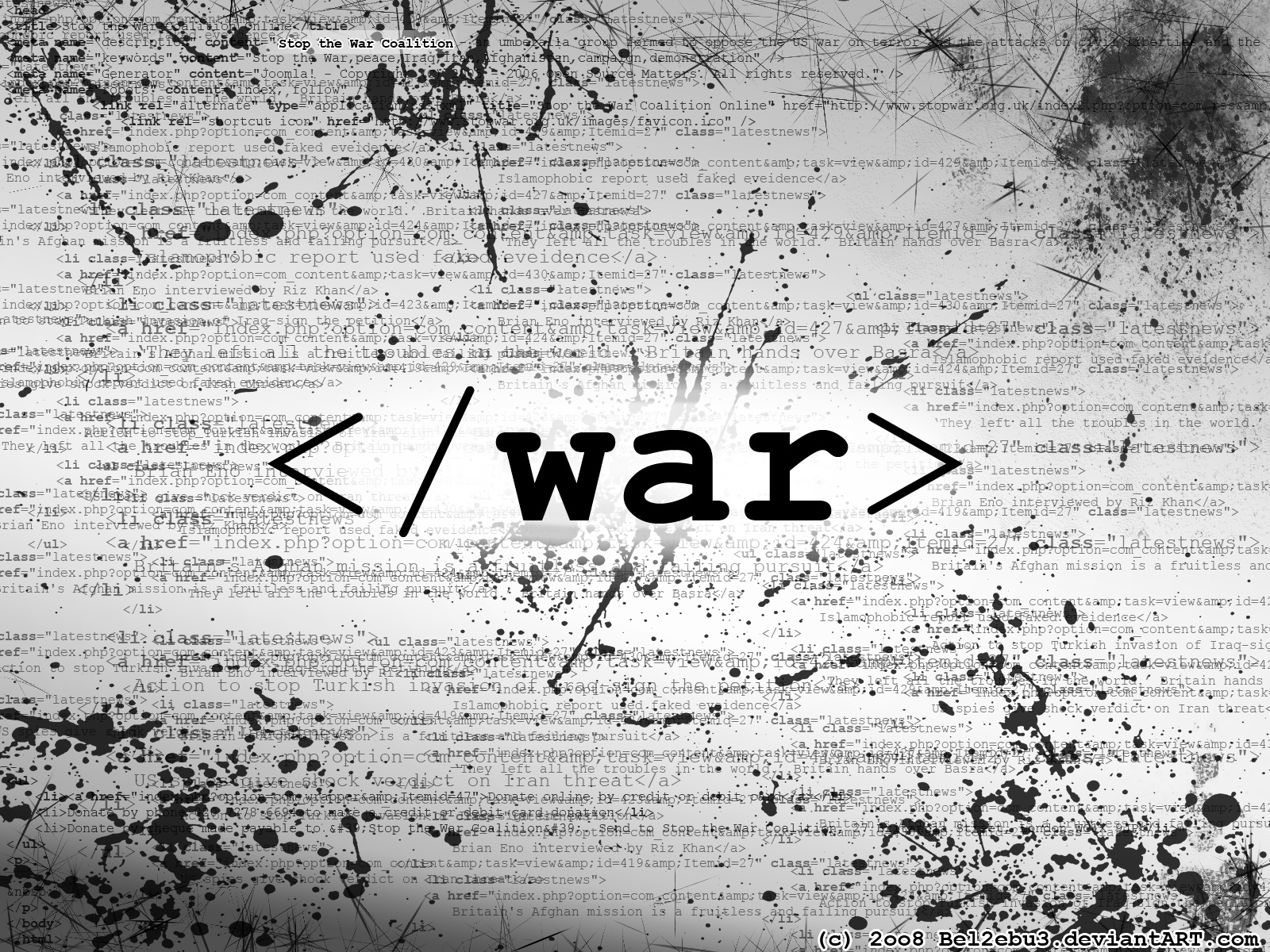