Guide for foreigners about the situation in Ukraine (Historical background)

There is a lot of different information in the world media about the intensification of the Russian-Ukrainian conflict after many years of calm. Unfortunately, many foreigners are not interested in events in other countries or do so very superficially. Because of this (and some manipulative actions by Russia), you can sometimes hear words of support for Putin. In fact, Russia has always been an aggressor in the region since its inception, encroaching on foreign lands… It’s worth starting with history. But before that, you should google where Ukraine is for a better understanding. It is one of the largest countries in Europe in terms of territory and population, but with a poor economy.

So the story. You may think that Ukraine is a young state that was accidentally formed as a result of the collapse of the USSR, but this is not the true. Our history begins a long time ago and earlier than the history of Russia. Many different nations lived on modern Ukrainian lands. Among them are the Scythians, Goths, Greeks. There are many versions of how Kievan Rus arose, but the most popular speaks of the influence of the Vikings. At that time it was one of the largest and most powerful states in Europe with its capital in Kyiv. If you look at its coat of arms, it is almost identical to the coat of arms of modern Ukraine. Then also arose the language that underlies modern Ukrainian, Russian, Belarusian. At the end of their existence, conflicts arose between individual rulers and then a split occurred. The rulers of the northern lands (which are now Russia) were among the first to separate. They even burned Kyiv to show their superiority. At first they wanted to distance themselves from Kievan Rus, but then they decided to give it its name and that’s why Russia appeared, because at first they called their country differently. Kievan Rus’ finally disintegrated after the Tatar-Mongol attack of Genghis Khan and his descendants. At this time, the main Ukrainian state was the Galicia-Volyn principality (Kingdom of Rus), which used blue and yellow symbols as the flag of modern Ukraine. Centuries later, it was captured by neighboring states, which later merged into the Polish-Lithuanian Commonwealth. At this time, Ukrainian traditions were continued by the Cossacks, who formed the Zaporozhian Sich. It was a paramilitary state near the Dnipro river in the southeast, which opposed the Moscow Empire and other neighboring states. She even had her own constitution. Unfortunately, over time, Moscow seized these lands. There were many events during this period that led to the division of Ukrainian land between the Austro-Hungarian and Russian empires. It was during this period that Ukrainian culture was finally formed and many prominent figures appeared. But everything Ukrainian was oppressed and persecuted until the 1917 revolution. Then the Ukrainian People’s Republic and several other Ukrainian states were formed. These were not only the territories of modern Ukraine, but also other lands that are now mostly controlled by Russia. She did not want to recognize the independence of the new states and began to return them to her control by force. The mechanism was similar to what we see now – propaganda, the creation of a puppet state, military aggression. For some time, the Ukrainian army was successful… Thanks to the alliance with Germany, it was possible to regain the territories conquered by the Red Army, but then problems began again. The alliance with Poland was unsuccessful and in fact the USSR occupied the UPR. After that, the Ukrainian government continued to operate abroad, and Moscow organized the first two holodomors (genocide by starvation) of 1921-1923 and 1932-1933. Then several million Ukrainians died. The eastern regions suffered the most, and Russians were brought in from the depths of the USSR instead of the dead. It was they who turned the East and the South into Russian-speakers, and we still see the consequences of their pro-Russian worldview. Before the Second World War, Ukrainians in Transcarpathia managed to create their own state – Carpathian Ukraine, but it was destroyed by the Hungarians. During the Nazi attack, Ukrainians tried to agree on the restoration of their state. An act of restoration of the Ukrainian state was even proclaimed, but in fact it did not happen. However, the western Ukrainian lands did gain some autonomy and cultural freedoms. At this time, politicians were preparing an army of insurgents who were to resist the Red Army and fight for the establishment of their state. Unfortunately, there were not enough of them, but the fighting lasted until 1954. After the Second World War, Russia gained all our territories and began to clean up opposition. Many people died during the holodomor of 1946-1947 or were sent to labor camps. The destruction of the Ukrainian elite, as well as some national minorities, was a constant phenomenon until the 1980s. Very often Ukrainian poets and writers were killed or staged suicides. Ukrainian language and culture were, but in very limited opportunities. New civic leaders had to wait until the 1980s, when some weakening and democratization began.

Only in 1991 USSR started  dissolution and Ukraine seized the opportunity to declare independence. Unfortunately, we did not have effective leaders and the state was going through difficult times. There was a lot of corruption, crime and economic collapse. We even gave up nuclear weapons, although there were 3 in the world in the number of missiles. And Russia was one of the countries that signed the Budapest Treaty, promising to protect us and not to violate sovereignty. But as always in history, the documents signed by Russia are worthless. It was to their advantage to make us weak, and the United States simply did not know what to expect from us and did not protect us. At that time, the communists continued to hold strong positions and hamper the development of “ukrainian” Ukraine. The turning point was the first revolution of 2004, which finally cut us off from Russia and the post-Soviet space. However, this was the beginning of the conflict with Russia. At first it was a gas and economic war, but it had the opposite effect – hatred of Russia grew. However, at some point they managed to bring to power their man – a former criminal from Donbass, who fled to Russia during the second revolution of 2013-2014. It was then that Putin decided to act by force and occupied Crimea and part of the territory of two Ukrainian regions.

Unfortunately, the Ukrainian authorities paid little attention to Crimea, believing that since they are autonomy, they should take care of themselves. Indigenous people (Crimean Tatars) were in the minority and did not show enough political activity. This was used by Russian special agents and local people who received funding from Russia. Another important factor was the fact that Ukraine was unable to decide to close the Russian military base and their navy continued to be there. Under such conditions, they managed to seize this territory without resistance and hold a fictitious referendum on joining Russia. Today, Crimean Tatars are persecuted as they were in the USSR when they were forcibly deported and Russians received expensive property by the sea.

The situation on the eastern borders was different and the Ukrainian army resisted. It was a full-fledged war with the Russians, not a civil war. The territory of the DPR and LPR is very small and there were not many weapons there to effectively resist a full-fledged army even for a few days, not months or years. There was a period when the Armed Forces of Ukraine almost regained control over the entire territory, but politicians decided to start peace talks and the conflict became frozen. Infrastructure was destroyed, many people left the occupied territories, and were replaced by Russians who received free apartments and other property. Patriotic Ukrainians are still being tortured and oppressed. Also, the local population was forced to renounce Ukrainian citizenship and officially become citizens of Russia. Unfortunately, many politicians have benefited from this situation for doing business, smuggling and other criminal purposes. For Russia, it also became a headache, but they focus on the return of territories, the restoration of the empire. This is what the poor and unhappy Russians, who have been living without opposition and free media for decades, like. Putin is a dictator, but the Russian people do not object and often support his actions. They cannot realize that we are different nations with radically different worldviews and cultures.

Ukraine’s integration with the West has become even more palpable, and Russia sees this as a threat, although frankly, we have no chance of joining NATO or the EU in the next 5 or 10 years. From the point of view of common sense, Russia has no reason to worry and has enough internal problems, but they have gone very far in their desire to create a new empire and do not want to give up. This country has always been involved in manipulation, war, conspiracy and provocation for its own benefit. He is an international hooligan who not worried about rules and morals. Very soon we can see a new war and it will be much worse than it was in 2014. Russian troops surrounded us on almost every side except the West. Yes, our army has become stronger and it is one of the best in Europe, but we are smaller and there are not enough weapons. The biggest problem is the lack of anti-missile systems that could protect our cities from bombing. Ukraine needs maximum help so that the story with Hitler does not happen again. There is no reason to admire the actions of Putin and Russia – this is a big prison led by a madman. All this must be stopped for the benefit of all mankind, not just the Ukrainian people. If we fall, there will be new victims. 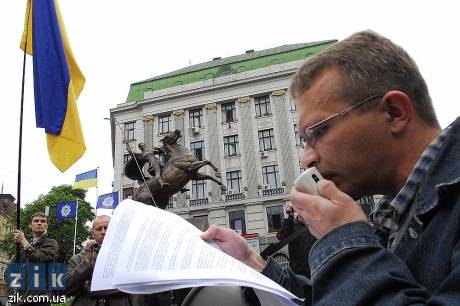 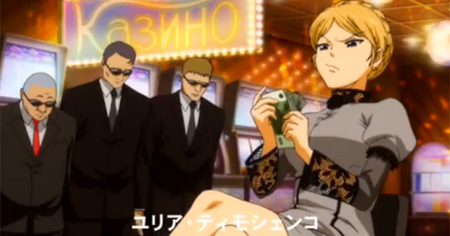 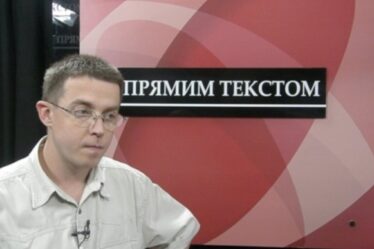